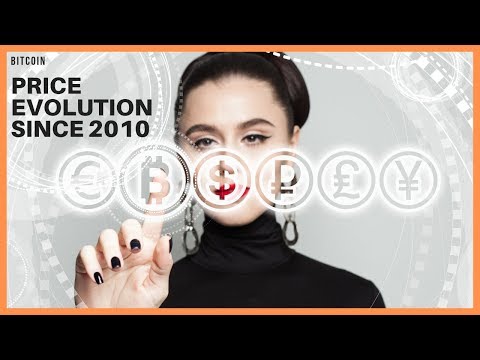 Debunked: "We don't know what Satoshis opinion was on big blocks or exactly how he expected the Bitcoin design to scale past VISA levels and be usable as money for the entire world"

If the final edition of the design paper itself was not enough to convince you of how Bitcoin is designed to scale, here are Satoshis own less formal explanations.


Satoshi:
Long before the network gets anywhere near as large as that, it would be safe for users to use Simplified Payment Verification (section 8) to check for double spending, which only requires having the chain of block headers, or about 12KB per day. Only people trying to create new coins would need to run network nodes.
At first, most users would run network nodes, but as the network grows beyond a certain point, it would be left more and more to specialists with server farms of specialized hardware.
A server farm would only need to have one node on the network and the rest of the LAN connects with that one node.
The bandwidth [required for running a network node] might not be as prohibitive as you think. A typical transaction would be about 400 bytes (ECC is nicely compact). Each transaction has to be broadcast twice, so lets say 1KB per transaction.
Visa processed 37 billion transactions in FY2008, or an average of 100 million transactions per day. That many transactions would take 100GB of bandwidth, or the size of 12 DVD or 2 HD quality movies, or about $18 worth of bandwidth at current prices.
If the network were to get that big, it would take several years, and by then, sending 2 HD movies over the Internet would probably not seem like a big deal.


The proof-of-work is a Hashcash style SHA-256 collision finding. It's a memoryless process where you do millions of hashes a second, with a small chance of finding one each time. The 3 or 4 fastest nodes' dominance would only be proportional to their share of the total CPU power.
There will be transaction fees, so nodes will have an incentive to receive and include all the transactions they can.


The existing Visa credit card network processes about 15 million Internet purchases per day worldwide. Bitcoin can already scale much larger than that with existing hardware for a fraction of the cost. It never really hits a scale ceiling. If you’re interested, I can go over the ways it would cope with extreme size.
By Moore’s Law, we can expect hardware speed to be 10 times faster in 5 years and 100 times faster in 10. Even if Bitcoin grows at crazy adoption rates, I think computer speeds will stay ahead of the number of transactions.


The current system where every user is a network node is not the intended configuration for large scale. That would be like every Usenet user runs their own NNTP server. The design supports letting users just be users.
The more burden it is to run a node, the fewer nodes there will be. Those few nodes will be big server farms. The rest will be client nodes that only do transactions and don't generate.


While I don't think Bitcoin is practical for smaller micropayments right now, it will eventually be as storage and bandwidth costs continue to fall [on the global market]. If Bitcoin catches on on a big scale, it may already be the case by that time. Another way they can become more practical is if I implement the client-only mode [which uses the "Simplified Payment Verification" described in the design PDF] and the number of network nodes [more rapidly] consolidates into a smaller number of professional server farms. Whatever size micropayments you need will eventually be practical. I think in 5 or 10 years, the bandwidth and storage will seem trivial.


It would be nice to keep the blk*.dat files small as long as we can.
The eventual solution will be to not care how big it gets.
But for now, while it's still small, it's nice to keep it small so new users can get going faster. When I eventually implement client-only mode, that won't matter much anymore.


It can be phased in, like:
if (blocknumber > 115000) maxblocksize = largerlimit
It can start being in versions way ahead, so by the time it reaches that block number and goes into effect, the older versions that don't have it are already obsolete.
When we're near the cutoff block number, I can put an alert to old versions to make sure they know they have to upgrade.

News roundup for the previous week.
In International news
In Domestic news
In SciTech news
In Economic news
In Military news
Other Notables

Search the world's information, including webpages, images, videos and more. Google has many special features to help you find exactly what you're looking for. Find the latest Bitcoin USD (BTC-USD) stock quote, history, news and other vital information to help you with your stock trading and investing. I was not sure what to expect from this documentary, but hoped to better understand Bitcoin. It turns out that I not only feel that I understand the concept, but also the potential for real change as described by those who are passionately involved. What a concept this is, and a well done and compelling story! I recommend this for anyone who is curious, or perhaps looks,to a better future. Bitcoin can be earned by purchasing them using dollars or other currencies, by selling goods or services and receiving payments via bitcoin or, by one of the more skillful methods, bitcoin mining. Please utilize this sticky thread for all general Bitcoin discussions! If you see posts on the front page or /r/Bitcoin/new which are better suited for this daily discussion thread, please help out by directing the OP to this thread instead. Thank you! Daily threads are fast paced! If you don't get an answer to your question, you can try phrasing it differently or commenting again tomorrow.

Bitcoin Halving 2020: History & Price Prediction (A Simple Explanation) - Duration: 12:33. CryptoCasey 132,396 views. 12:33 . Why I Invested $900. In Litecoin Today! Litecoin Vs Bitcoin Chart ... BITCOIN - PRICE HIGHEST IT’S BEEN IN YEARS SAYS FORBES - Duration: 7:06. AverageTuber 108 views. 7:06 . TFNN LIVE - Stocks and Options Trading News and Education tfnncorp 265 watching. Live now ... I was discussing Bitcoin(BTC) a few days ago and the bearish pennant that was developing. It has broken to the upside and it's on it's way higher. In this vi... Over the past few days we had a small jump in the price of bitcoin to reach above $4K. I think we can still swing both ways - so in this video I show what th... Welcome to my live bitcoin chart, please stay and chat with like minded crypto enthusiasts. Feel free to follow the bitcoin price on a community driven live ...